The Distillery takes its name from Le Peyrat, the small village where it was founded, located 10 kilometers away from the city of Cognac. The village is established on the path of the Via Agrippa – an historical route which used to link the city of Lyon to Saintes on the Atlantic coast during the ancient Roman era – which vestiges remain visible to this day on the border of our vineyards. The Cognacs of the distillery are born from the  surrounding vineyards and the small stream running alongside the village, that ultimately feeds into the Charente river. 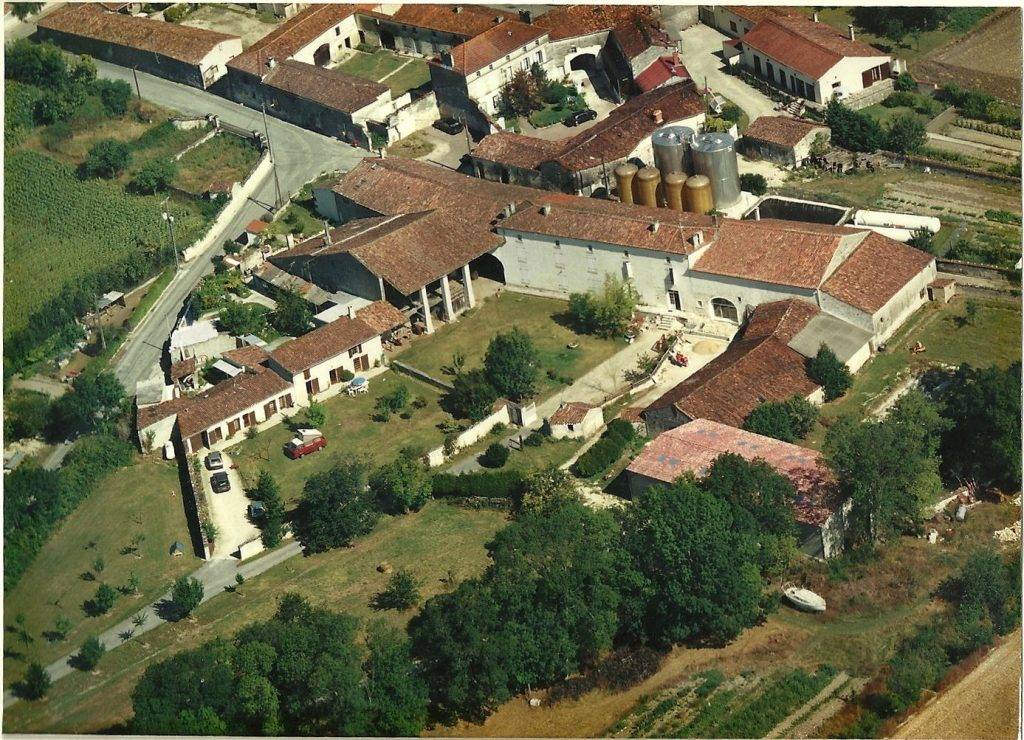 A story of Transmission

Although our history with spirits crafting goes back to the early 18th century, when our ancestor Antoine Gautronneau – Born in 1708 –  was established as a “Marchand Bruleur” in the region of La Rochelle, the Distillery story really kicked off with Alcide Brisson and his son Paul in the 1920’s. Both of them were established as “Bouilleurs de Crus” in Le Peyrat and acquired two alambics to distillate their own wine production. Back then, firewood and coal were used to heat the still pots and production was rather confidential, but the original pots used by Paul still remains visible on the property to this day. Paul was known to be quite a cheerful man and “bon vivant”, an image of him that we still cherish to this day.

The story goes on with Jacqueline Brisson & André Rault whom together, have settled the distillery in its current location of Le Peyrat. André was Paul Brisson’s son in law and when he took over Paul’s activity as a winegrower & distiller in the early 50’s, he had big intentions! After buying his first Alambic, he quickly expanded his activities and started trading wines & spirits with some of the key merchants in the region and specialised as a “bouilleur de profession”. Through his years of activity, he has gradually invested in the production capabilities of the distillery to reach full speed at the beginning of the 90’s, when him and his son Jean-François bought Alambics number 8 and 9, which brought the distillery’s  daily production capacity to 300 Hl.

When Sonia & Jean-François Rault took over at the end of the 80’s, they found some challenges in the form of deteriorated perspectives for Cognac markets, especially throughout the 90’s decade. As a response, they choose to broaden their prospects by developing the first range of Cognacs branded as “Distillerie du Peyrat”. Jean-François was also one of the pioneers of organic winegrowing in the region and soon decided to focus on the production of Organic Cognacs. As of today, their Organic Cognacs are distributed internationally in over a dozen countries, although they remain committed to producing sustainable, carefully crafted products.